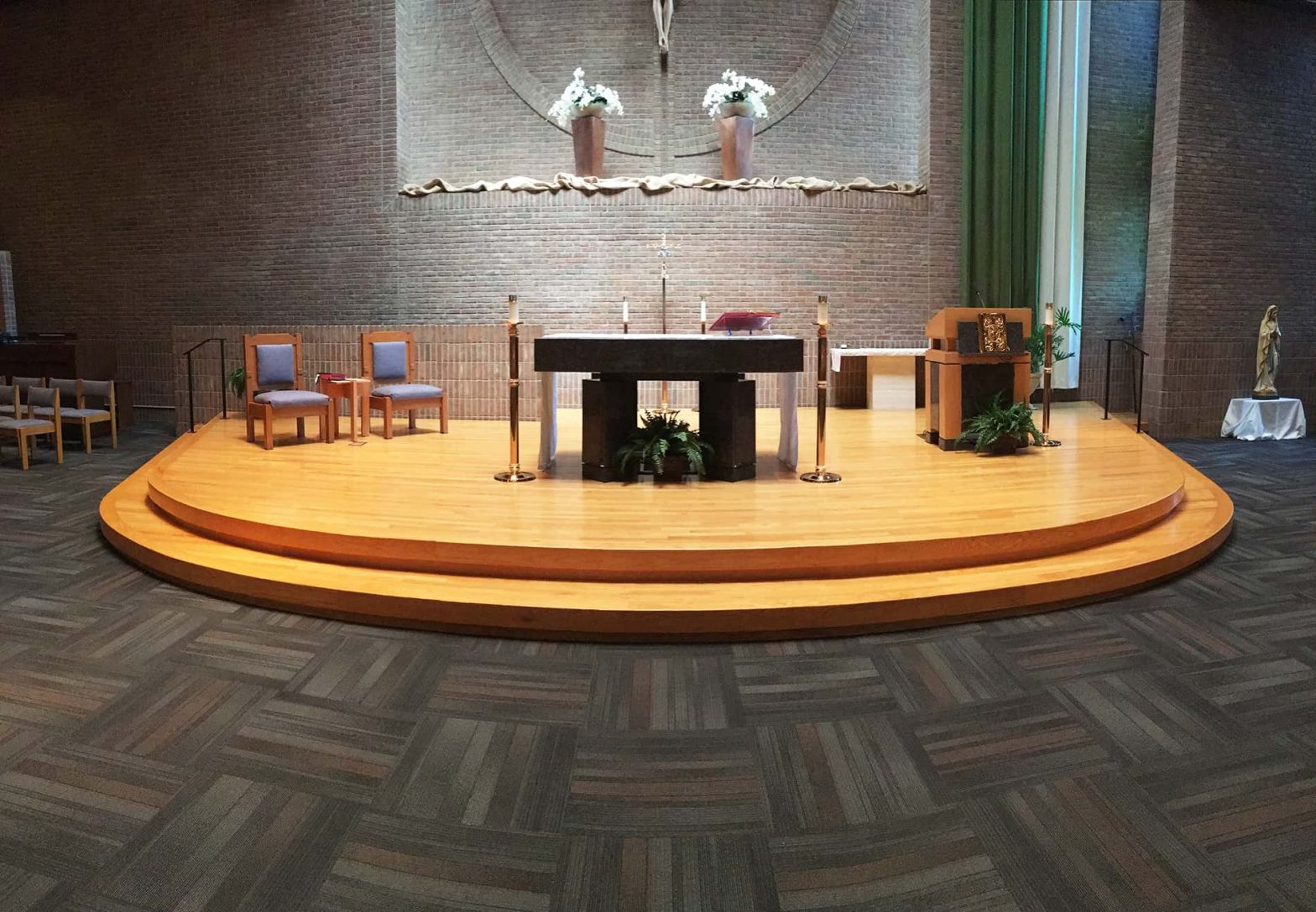 St. Paul the Apostle Catholic Community is more than who we are today.
Our parish thrives from the legacy left behind by others

Fr. Ernest Bernott came to St. Paul in 1972.  The school enrolled 99 students at that time.  With a dedicated school board, Fr. Bernott approved of the addition of a junior high program and enrollment doubled in just four years.

In 1987, Msgr. John Giammona, former military chaplain in Vietnam and Chancellor of the diocese, accepted the pastorate of St. Paul.  During his years, the parish continued to see new housing developments begin in this area.  A new church was needed to replace the original chapel.  On October 20, 1991, Bishop Rose dedicated our present church and renovated areas.